Ham radio has been around since the late 1800s. James Clerk Maxwell had a theory that communications could be improved utilizing the electromagnetic field. By 1901, Guglielmo Marconi had begun to communicate across the Atlantic Ocean utilizing his radio device with high power and huge antennas. Communications would continue to improve from there.

In 1896 Guglielmo Marconi was able to communicate over 2 miles, by 1901 he was able to span across the Atlantic Ocean and beyond talking to people in other regions of the world. Ham Radio has continued to progress as technology has improved.

Today, thanks to those early endeavors, we use FM, packet radio, television, PACTOR, RTTY, and other modes of communication including many forms of HAM radio. Hams are active in just about every country of the world and range in ages from under 10 years to over 100 years.

How Popular Is HAM Radio Today?

Many famous celebrities also hold Ham licenses including Tim Allen. Fans of his latest television series enjoy communicating with the actor and many of the other actors on the show. It’s easier than ever to connect with others using Ham radios and it’s also a great way to spread important information quickly.

Hams are a fun bunch of people to work with and they all enjoy using the equipment and checking into various “nets” to stay in touch weekly. There are “traffic nets” where they relay information from one area to another, there are emergency service nets, and other groups that get together to chit chat via Ham radios.

What Are “Traffic Nets”?

Many ham radio operators use “nets” to communicate. Nets meet for a variety of reasons including to distribute information, communicate with others, relay information and preparation for emergency situations. Nets may meet daily, weekly, monthly or otherwise as desired.

Many members use an optional “QSO” card which is similar to a postcard to send to those who they have communicated with.

Ham radio communications are also used in many important events such as motorcycle races, car races, and other events where participants may have check-in points. Ham radio groups will get together and plan out strategic points where they will relay information for participants in the events and spread out with communication hubs set up throughout entire courses.

During wildfire season many regions enjoy the ability to send ham amateurs out into the fire towers to help improve communications with ground units and emergency crews.

During emergencies many Ham radio operators are a part of ARES (amateur radio emergency services) who have taken the time to register themselves and their equipment will be called out to help during disasters and other situations where more communication with emergency services is required.

ARES (pronounced Air-ees) members work closely with the Sheriff’s department, police departments, state patrol, ambulance and hospital services as well as other emergency service providers. They rotate who is available at any given hour and at least two members are always at the ready to be “called out’ into service to assist when needed in emergencies.

Ham radio clubs around the word participate in a “Field Day” where they meet together at a site and everyone sets up their equipment. The goal is to expand communications and to invite those who may be interested in participating in Ham radio clubs to help them get their license.

Visitors to field day can get some great hands on experience and they may also schedule testing at the site to help expand the ability of visitors to gain their license. It’s important to note that it’s illegal to operate a ham radio without the proper licensing. 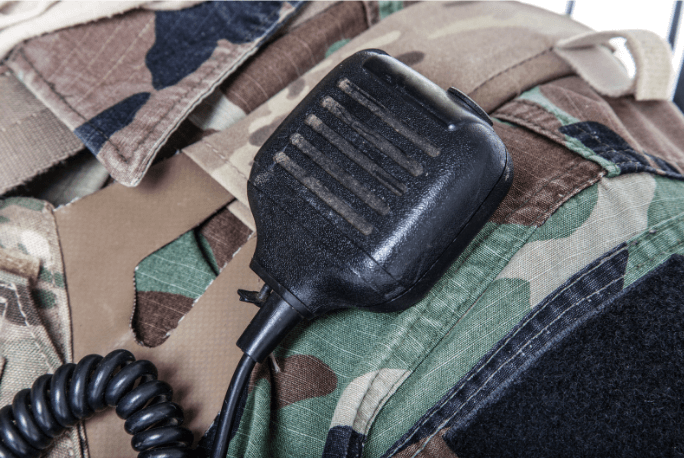 Many law enforcement groups will also participate in field day helping to bring more awareness of the value of ham radio to the pubic and emergency services to local communities. Field day is usually several days long and many of the members camp out.

Ham radio clubs are an ideal way to socialize and meet other like minded people. Many ham radio members are also “preppers” and use their ham radios to help improve communications during emergency situations. When the grid is down, ham radio is still able to be used via battery and other antennas.

If you’re looking for a unique hobby that will help to expand your horizons, this may be the route to go. If you’ve ever wondered “is ham radio dead”? You’ll find that it’s alive and well and a great way to meet others and explore the world around you.

Ham radio is ideal for those who may be handicapped and not able to get out as much. Ham radio operators can communicate via various bands with people all the way around the world if the conditions are right. A few different antenna’s and the proper equipment and they’re all set to operate their ham radio.

ARRL or The American Radio Relay League, is a national association for amateur radio members. It connects hams from around the United States with information, resources, and news from all over the world in regards to ham radio communications and use.

The simple answer  is a resounding “NO”. Ham radio is alive and well and all around us. Many households have antenna’s above or attached to their homes and many drivers have special antennas on their cars. Ham radio is a fun and exciting hobby that can be a great way to meet others.